During her time at Edinburgh Collage of Art Line also set up her own Golf Course Architecture business which she, as one of few females worldwide, successfully ran until January 2016 when she became a professional Artist.

The transition from Golf Course Architect to Artist happen gradually. Following the recession in 2008 the golf industry changed. As a result, Line found her artistic talents increasingly underused and slowly started exploring her creativity beyond Golf Architecture. Becoming a professional artist was however never the plan but happened as Line’s architectural insights and experiences gradually aligned with her artistic talents and developing skills.

Before becoming a full-time artist, Line did however prove her professional artistic potential. Selected by Craft Scotland to show her 3×0.6m large wall piece “Mosaic Tapestry” at the 2015 International SOFA exhibition in Chicago, US she sold the piece to a private buyer – proving that her art had both appeal and potential.

Line’s work is as unique, varied and fascinating as her background but also scares. With a limited output due to the nature of her work Line only displays her pieces a few times annually. The scale of her work has so far varied but is developing in size and future work is therefore likely to remain both rare and scares. 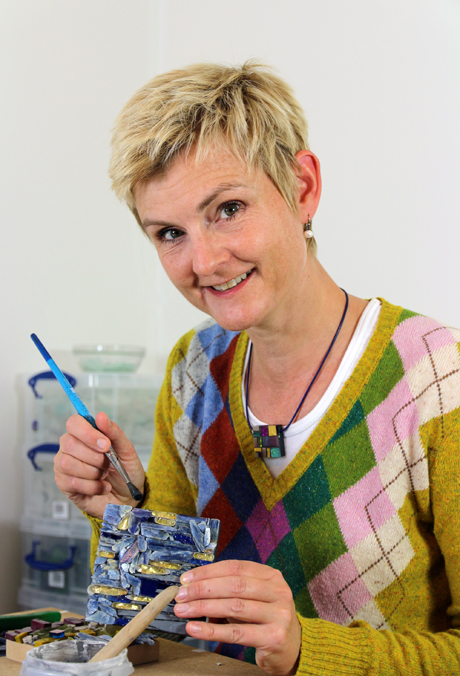